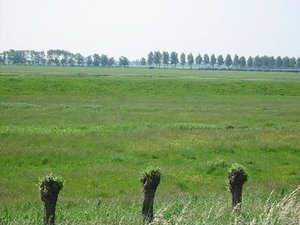 As the impacts are proportional to the occupied surface area, it is clear that an underground rail or road will have less impact as the same one build at the surface. At the same time, underground infrastructures clear vehicles from the surface, damping almost completely the free release of noise and vibrations.Also, polluted air is collected at the interior of the underground facilities, concentrated and partially cleaned before being released into the atmosphere.

This minimizes the quantity of pollutants emitted into the atmosphere compared to the case where traffic would move along surface infrastructures.

On the other hand, underground constructions avoid any barrier effect withing the fauna ecosystem and eliminates completely any risk of collision between vehicles and animals so common along surface transport lines.

Although being very respectful with the environment, underground constructions might present however some possible negative impacts over the environment and the fauna and flora in particular.

So, the construction of a tunnel in a mountainous zone could have negative impacts due to the fact that the tunnel will bring human activities in an isolated zone, increasing the human presence where before it was nonexistent. 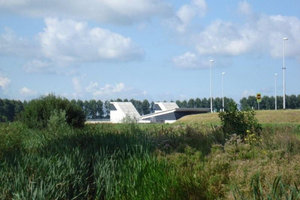 Underground constructions might behave as giant drains within the soil or rock mass, lowering the water level. This negative impact can be however minimized or even neutralized completely if proper measures are taken into account when doing the excavation and by planning a watertight definitive infrastructure.

One good example is the construction of the Groene Hart tunnel in netherlands for the High speed line. Due to cross one of the last natural part of the very urbanized area between Rotterdam-The hague-Amsterdam, it has been decided to built 7 km of tunnel to preserve this area. No other reasons to built a tunnel than to preserve ecology.