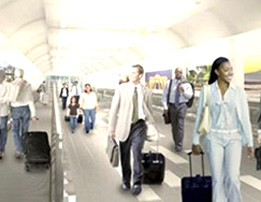 For hundreds of thousands of years, our natural domain has been a principally two-dimensional space : the surface of the ground.
Urged by necessity, curiosity, and even by temerity, we have always tried to escape from this space, either by widening it, which is only possible in a very restrictive sense, or by searching to utilize the third dimension, upwards or downwards. In these efforts, we have always encountered great difficulties that have been overcome thanks only to an astonishing tenacity.
Read moreHide

So it has been and so it still is in the conquest of the continents, the oceans, or outerspace. So it is for the use of underground space.
In this field, as in the others, nature provides many challenges and we must doggedly gather our experiences, draw lessons from failures, improve techniques and use all our resources of inventiveness before succeeding.
Underground works have always been difficult but this did not prevent their use at a very early stage of human development, as proved by the discovery of underground excavations that are among the first records of human activity.

Of course, nature, and not mankind, is at the origin of the first underground works. Grottos and caves are the result of the action of the rain, the rivers and the sea, and vital necessity drove early humans to settle in these natural cavities, no doubt to find protection from the weather and from attacks. On this point, it is tempting to think that humanity perhaps owes its survival largely to these natural habitats.
Cavemens' dwellings were an important landmark in the use of underground space by mankind ; with them, the use of the underground became intentional and active.
In every age, considerable use has been made of underground structures for mining and defensive purposes.

However, the most rapid increase in the use of underground works only appeared in the 19th and particularly the 20th centuries, thanks to the impetus of economic development.
During these periods, there was a dramatic increase in underground space use, in mining, in the field of transportation with the development of roads, waterways, and railways , and in the field of hydroelectric facilities.
So, since the dawn of human endeavor - more intensively during the recent centuries, and above all during the last decades - numerous reasons have encouraged mankind to use and develop underground space.
For a good understanding of these reasons, it is necessary to keep in mind certain fundamental characteristics of underground space.

But what are the main reasons today which justify a more intensive and a better-planned use of the underground space?

Cities that are capable of functioning both in social and hygienic terms form the prerequisite for a decent life in built-up areas. Underground space has an important role to play in this respect, i.e. in the achievement of environmentally-friendly development, whether it be in the reduction of pollution or noise nuisance, the efficient use of space, economic development, the preservation of the living environment, public health or safety. In these fields, it offers numerous advantages.

The assessment of underground structures is strongly related to the community valuation of drawbacks of surface or aerial structures in terms of environmental degradation.

More and more, in a sustainable development aproach, the PIB is no longer the only value to take into account.

That means mainly lack of surface place which is now the case not only in mega cities but in nearly all town and cities around the world.

The ground is massive and opaque and provides a variety of advantages in terms of isolation, such as climate, natural disasters and earthquake, protection, containment. Isolation is an important reason for placing facilities underground.

The ground also provides a variety of advantages in terms of protection of the environment, such as aesthetics or ecology. These are notably important aspects in designing facilities with a low environment impact.

In hilly or mountainous areas, the use of tunnels improves or make feasible various tranport options uch as roads, railways, canals, etc.