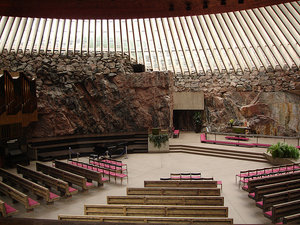 In a growing number of cases, public buildings are being built underground in some of the major cities all over the world. On some occasions, when not just isolated particular buildings are made underground, but a network of tunnels that connect the different buildings is also excavated, the term underground city is used.

These underground cities might include a wide array of elements, like office blocks, shopping malls, train and metro stations, theatres, and other attractions. An underground city can usually be accessed through the public space of any of the buildings connecting to it, and sometimes has separate entries as well.

Underground cities are especially important in cities with cold climates, as they permit the downtown core to be comfortably accessible year round without regard to the weather.